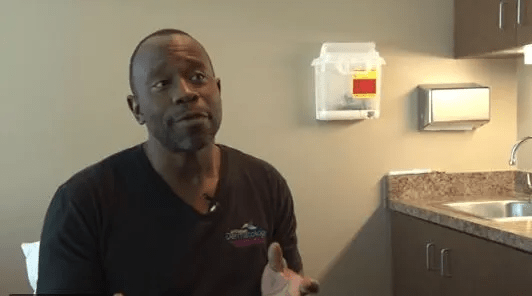 Modern medicine is constantly evolving – but sometimes, it develops too fast. Experts said state laws have hindered telemedicine, a technology that could be utilized to provide health care throughout Arizona.

“Doctors want to be reimbursed. They are small businessmen,” said Roger Downey, manager of communications at Scottsdale-based GlobalMed, which provides telemedicine equipment and support.

Telemedicine, or the ability to diagnose patients remotely through interactive audio, video or other electronic media, has been around for years. But experts said it has yet to become common practice here.

Sen. Gail Griffin, R-Hereford, introduced Senate Bill 1363 to loosen restrictions on payments for telemedicine services. If it became law, health insurers would have to cover services received through telemedicine statewide as though they were “in-person” consultations. The law would take effect Jan. 1, 2018, and apply to trauma, burn, cardiology, infectious diseases, mental-health disorders, neurologic diseases, dermatology and pulmonology, according to a Senate fact sheet.

More than two dozen states have laws requiring private insurance coverage of telemedicine, according to the American Telemedicine Association.

The future of medicine

Doctors like dermatologist Richard Averitte said if the bill becomes law, it would have a dynamic impact in the medical field.

“Could you imagine if we could do 25,000 or 30,000 telemedicine visits a year because they didn’t require brick and mortar?” said Averitte, CEO and managing partner of Affiliated Dermatology, which has four locations in Arizona. “Over time, eventually you will be able to deliver some high level of medical care for some number of individuals that you see – without having that brick and mortar burden, and society overall will do better.”

Although telemedicine might have some disadvantages – such as lack of bandwidth or poor picture clarity – the medical director at the Arizona Burn Center in the Maricopa Integrated Health System said the benefits certainly outweigh the cons.

“It does have its disadvantages, but it is definitely better than a phone call,” Dr. Kevin Foster said. “They say a picture is worth a thousand words, and I do believe that is true when it comes to telemedicine.”

The bill unanimously passed the Senate, and the House of Representatives will now consider the measure.

As seen in The Des Moines Register and Cronkite News.